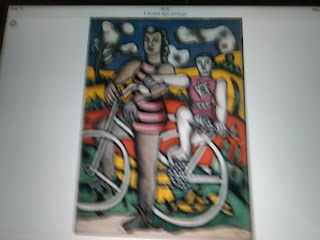 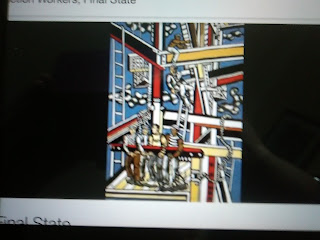 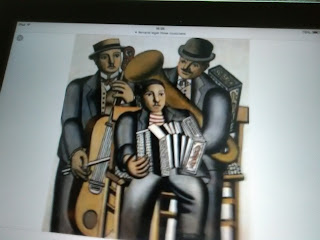 Posted by busybusybeejay at 11:13 3 comments:

Hope you have all had a lovely weekend.We tend to stay off the roads as it can be very busy with people heading to the coast.Saturday we had coffee with friends which lasted more than two hours as some left and more came,
Yesterday we were invited to our daughter's for lunch.We had already left Easter eggs for Emily and Ruby but went with other gifts.A jigsaw for them to do over the school holiday,flowers for Sarah and treats for her and Mike.I also took some primula a for them to plant in the garden.Sarah has been feeling down lately and I thought a bit of gardening may cheer her up.A couple of months ago she had flu followed by pneumonia and didn't stay off work long enough to recover properly,in fact less than a week.She is a Type 1 diabetic and has been since she was four so everything is more complicated.She is gong to hospital next week to have two ops on her right hand.She has Carpal Tunnel Syndrome and Duputrens Contracture.Hopefully they can be done under local anaesthetic.Yesterday she seemed a lot brighter.I think she has just been exhausted.She is s Primary Scool teacher.We had a lovely day .Mike cooked a super meal and we spent all afternoon playing games and laughing a lot.I do worry about Sarah and her health.

Today we woke up to snow!Three inches of it.I am really fed up with this weather but hopefully it is supposed to get better later this week.
Do you worry about your children ? How do men not worry.I wish I knew the secret.
Posted by busybusybeejay at 12:30 4 comments: