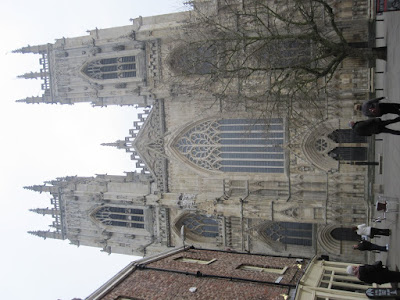 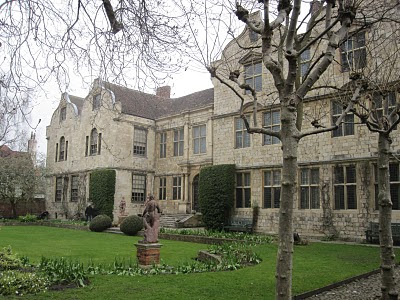 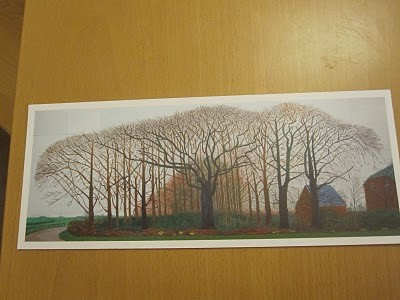 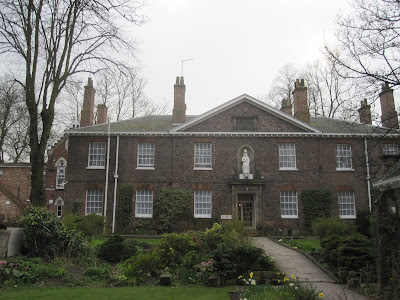 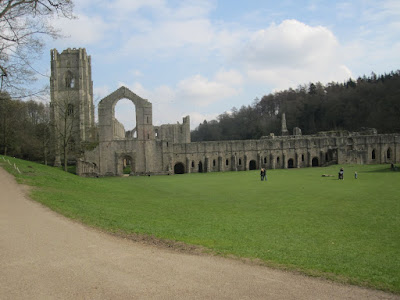 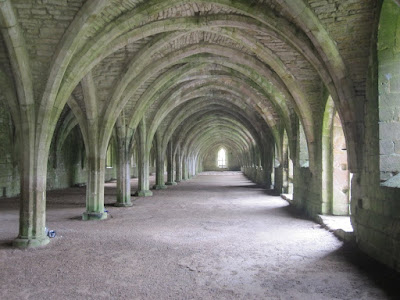 The Cloisters.
We just had two nights in York.We are home until Sunday when we are off to Cambridge to look after our 11 yr old granddaughter who finishes school a week before her brothers.
Posted by busybusybeejay at 11:49 8 comments: 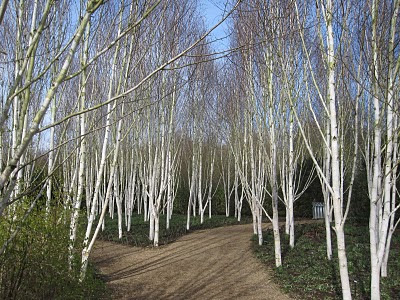 On Saturday evening we had a phone call from our son in Cambridge asking if we could go down for a couple of days to help out.His wife works in HR part time and they were having to make people redundant.It was all going to be very stressful and involve long hours.They have three children all in different schools in different locations in Cambridge so off we went.
Having delivered the children we then had the day free and decided to go to see the Winter Garden at Anglesey Abbey.It was featured on Gardeners World last Friday.
We have seen it before but wanted to go again.We thought it was busy in the car park but put it down to it having been on tv.We walked through the silver birches(above) which are spectacular and then the cornus,again amazing.We saw loads of hellebores,snowdrops,scillas etc 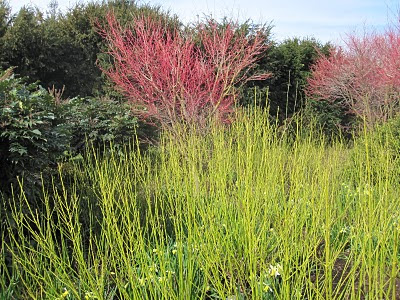 The lovely bark on this silver birch and then we saw two policemen.We had also seen in the ticket offfice lots of photographers.We got chatting to the police and asked what was going on.They seemed very surprised that we didn't know Prince Charles was visiting(opening British tourist week or something).At this moment we could hear a helicopter and see it landing in an adjacent field. 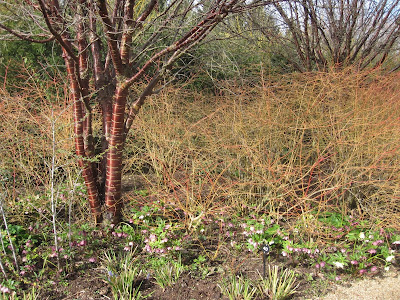 We strolled but were stopped by garden staff and told to wait a minute and through a side access to the garden appeared Prince Charles(see bottom photo).There were about a dozen of us and he shouted across "so good of you to come and see me" !!!!Most people were by the Abbey waiting to see him.He then went to the mill and finally to the Abbey and we could get on with our walk. 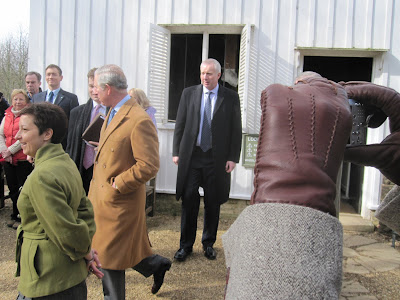 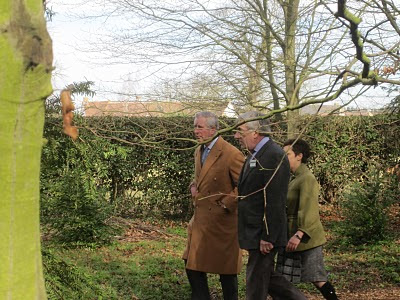 Our second day in Cambridge we visited the Fitzwilliam Museum and Art gallery and walked in some college grounds.
Back home on Wednesday lunchtime and then two hours later off to our daughter's as it was her birthday and we were invited to the party tea.Dancing and games followed.Book group this morning and off to see Ballet Rambert at Theatr Clwyd this evening.Whoever said retirement was dull!!!

Posted by busybusybeejay at 09:34 4 comments:

I thought Spring was here... 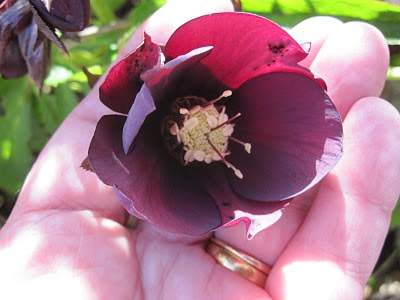 but it has been very cold here in North Wales today.Isn't this Hellebore gorgeous?I love the colour.I have a clump of them in the front garden. 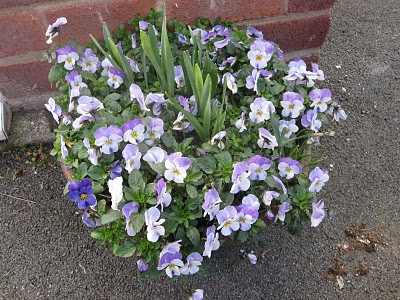 I planted this pot up months ago.Every time we had a severe frost they drooped and wilted and I thought that was it and they were gone.But no ,each time they bounced back and are still going. 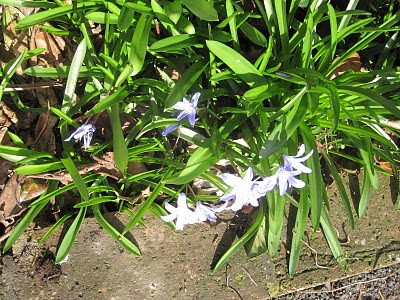 These are very pretty anemone blanda.They are quite a deep blue,much bluer than the camera has shown them.I was told years ago that they get paler every year and eventually end up white but mine havn't and they have spread.
So there are some signs of spring but not in the temperature today!

Posted by busybusybeejay at 09:36 3 comments:

How cute is this? 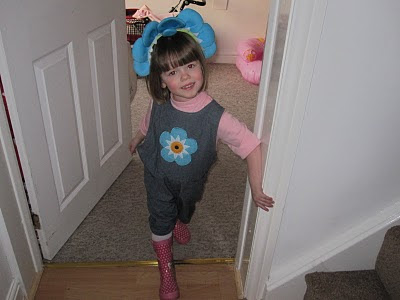 This is my youngest granddaughter dressed as Fifi (Fifi and the flower tots TV prog).She had to go to nursery dressed up for World Book Day on Thursday.Her sister,Emily, went as Angelina ballerina in a
tutu but by the time I had got the camera out she had changed into her leotard ready for ballet.Mum,a teacher,went as Burglar Bill.
A good time was had by all!
Posted by busybusybeejay at 09:51 4 comments: 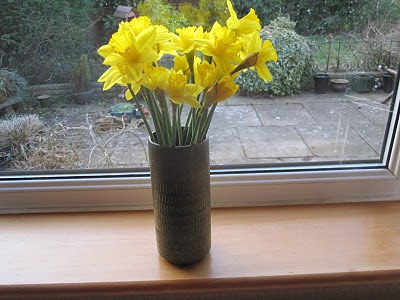 Happy St David's Day from North Wales.Lots of people wearing daffodils today and children in Welsh costume.We live by Ysgol Glanrafon which is a Welsh language primary school.I have tried learning Welsh.I did two years but it is very,very difficult.I have doneFrench,German,Italian and Spanish in the past but Welsh is far more difficult to pronounce and learn.I am not welsh but have lived here since my twenties so really feel part of Wales
We love living here and would never move!We have beautiful scenery both coastal and mountainous,have Chester 20 minutes away and it's not too far to Manchester and Liverpool for airports.
Posted by busybusybeejay at 09:40 4 comments: