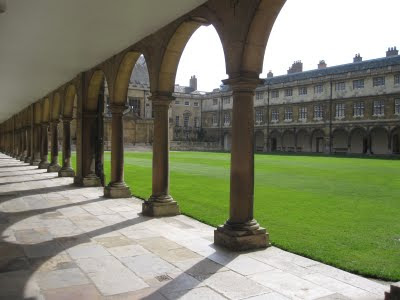 We were back in Cambridge again last week.Ella finished school a week before her brothers so we were asked could we go and look after her(and it turned out a friend too!!).We visited Trinity College(above) and were persuaded by the porter to visit the Wren Library which is open to the public and we were so glad we did.It was completed in 1695 to the design of Christopher Wren.Famous past pupils include Isaac Newton.Most of his library is here,plus his writings and diagrams,his walking stick and even a lock of his hair.A.A.Milne attended Trinity and his manuscripts for Winnie the Pooh,House at Pooh Corner and others can be seen.There were medieval manuscripts to see.It was really interesting.A hidden gem. 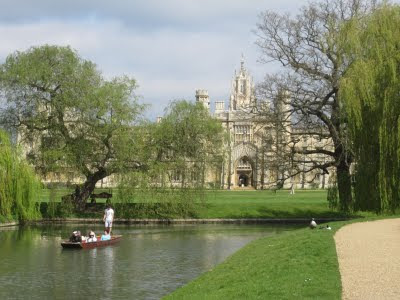 Across from Trinity St Johns can be seen and of course,people punting. 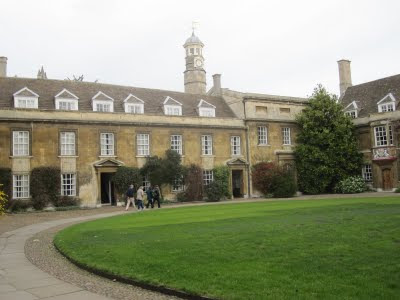 This is Christs College. 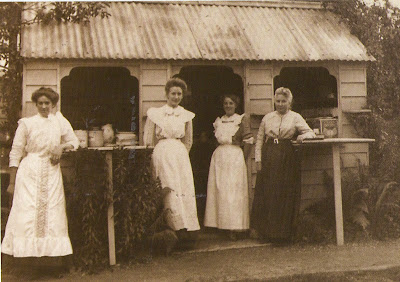 On our last morning we decided to take Ella to the Orchard tea Rooms at Grantchester.A group of students asked Mrs Stevenson of Orchard House(pictured above in 1910). whether she would serve them tea in the orchard.This was in 1897 and that started a great Cambridge tradition and it became a popular venue.You could punt there from Cambridge.In order to supplement income the Stevensons took in lodgers and in 1910 it was Rupert Brooke.Friends came to visit and became known as the Grantchester Group and spent much of their time here. 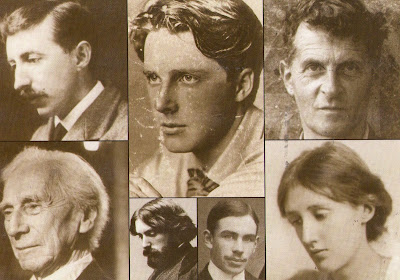 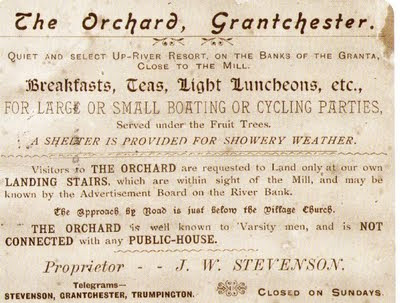 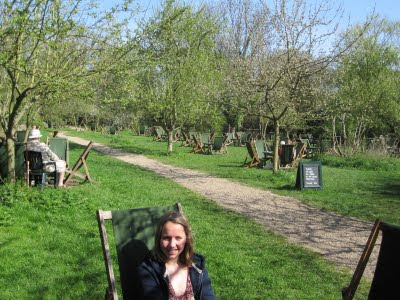 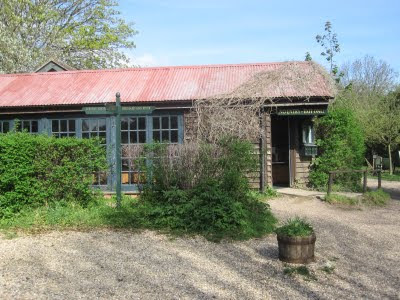 This is the original tearoom.As you can see ,nothing grand at all but alive with tradtion. 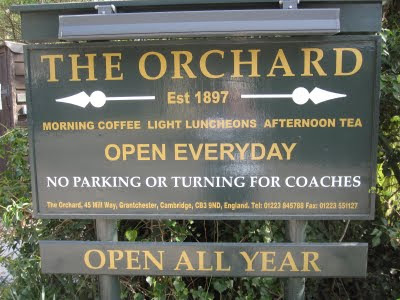 Do visit if you are in the Cambridge area.
Posted by busybusybeejay at 12:32