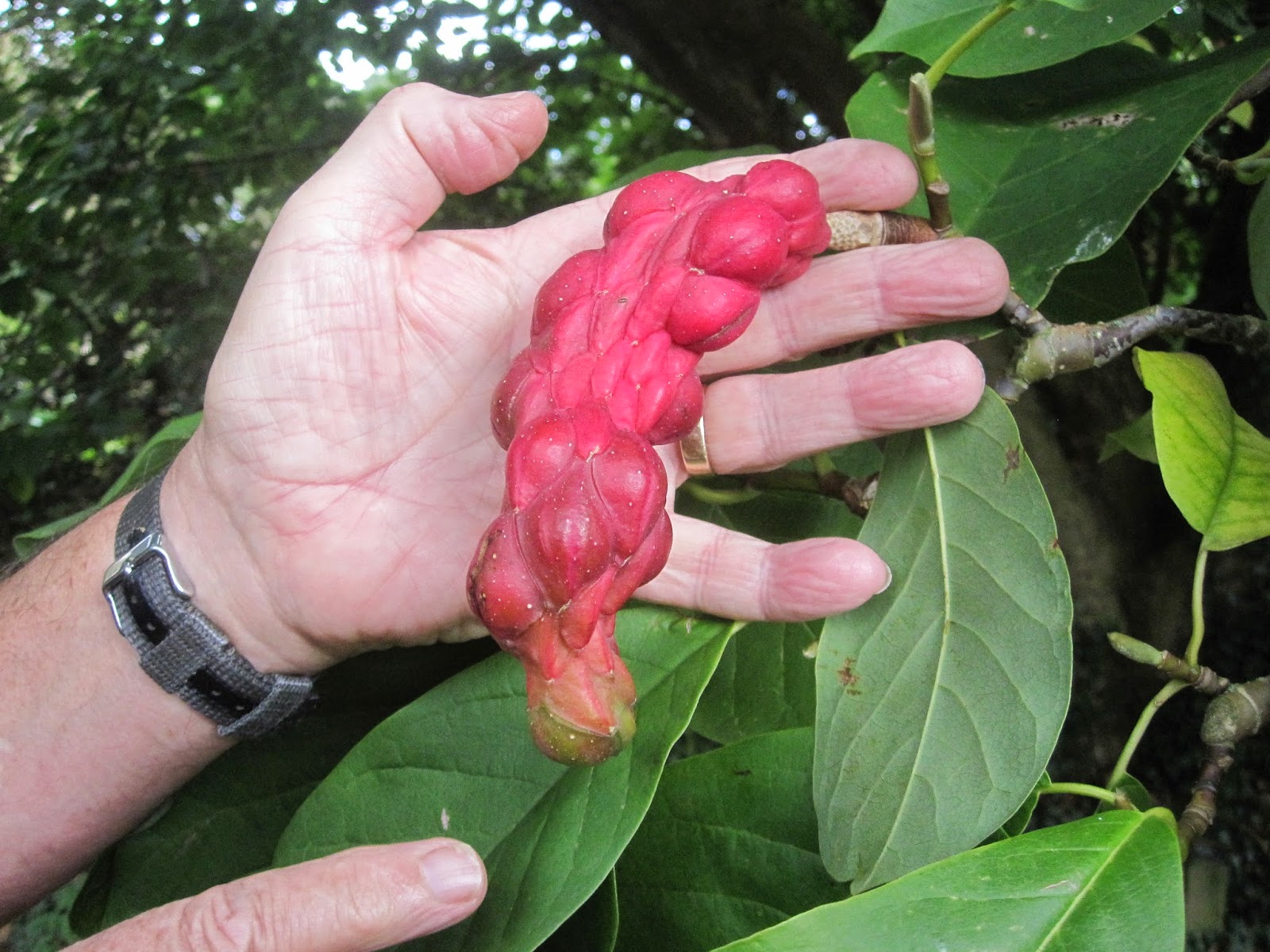 It does my soul good to go to Ness Gardens on the Wirral.I had a lovely long shot of the gardens but it has disappeared!Ness Gardens was born of one man's passion for plants and his desire to share it with others.When Liverpool cotton merchant Arthur Bulley began to create a garden in 1898 he laid the foundations for a wonderful botanic garden.He was responsible for introducing plants from China and the Himalayas to Britain.After his death in 1948 his daughter presented the gardens to Liverool University along with £75,000.
We are friends of Ness(less than £40 a year for two of us) so we can go any time.Every time we go we see things we havn't seen before.The picture above is of fruit on a magnolia tree.New to me.You can harvest the seeds and try and grow them yourself. 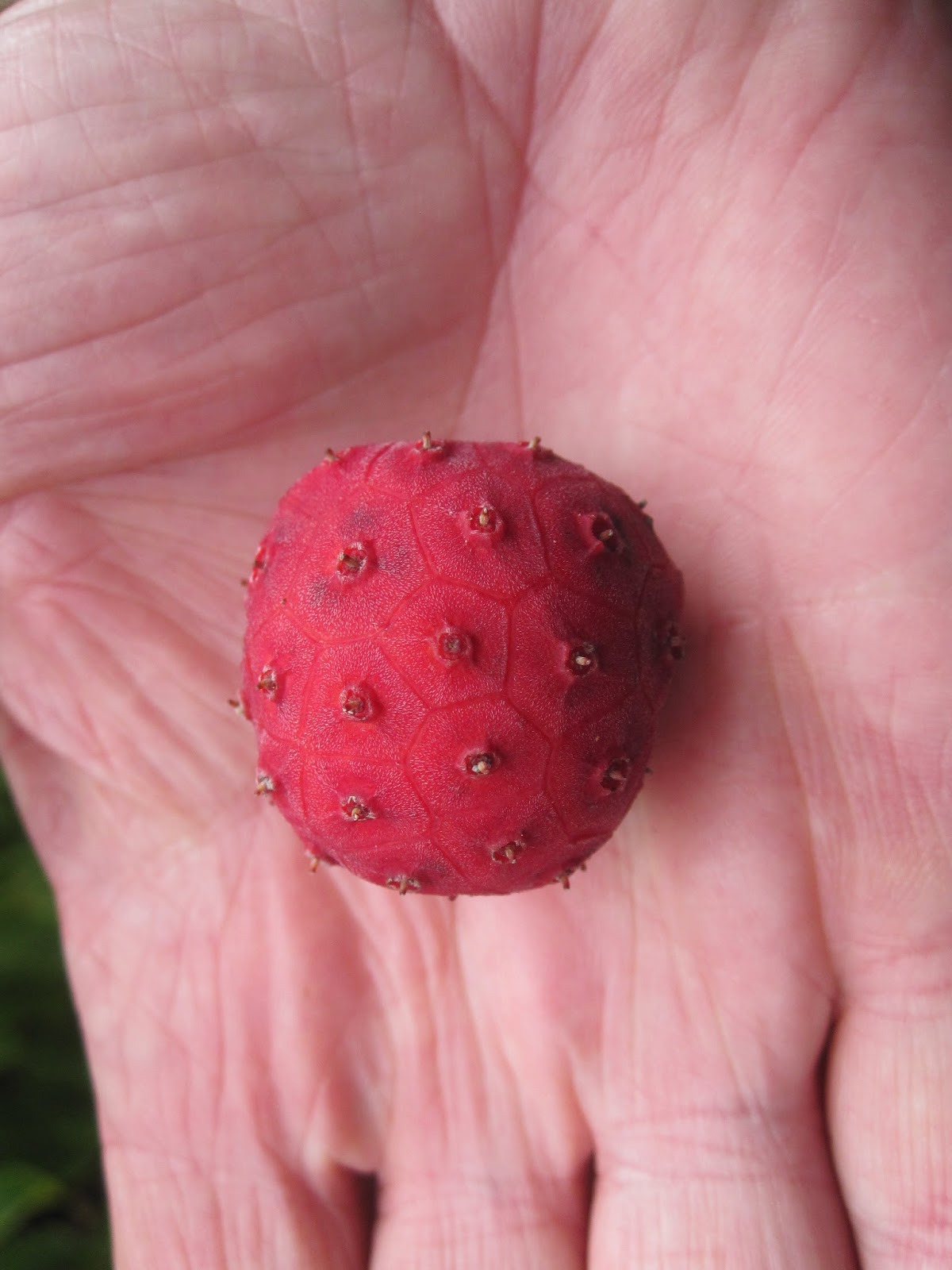 This a fruit from a Japanese Dogwood(Cornus Kousa Chinensis).So unusual and new to me again. 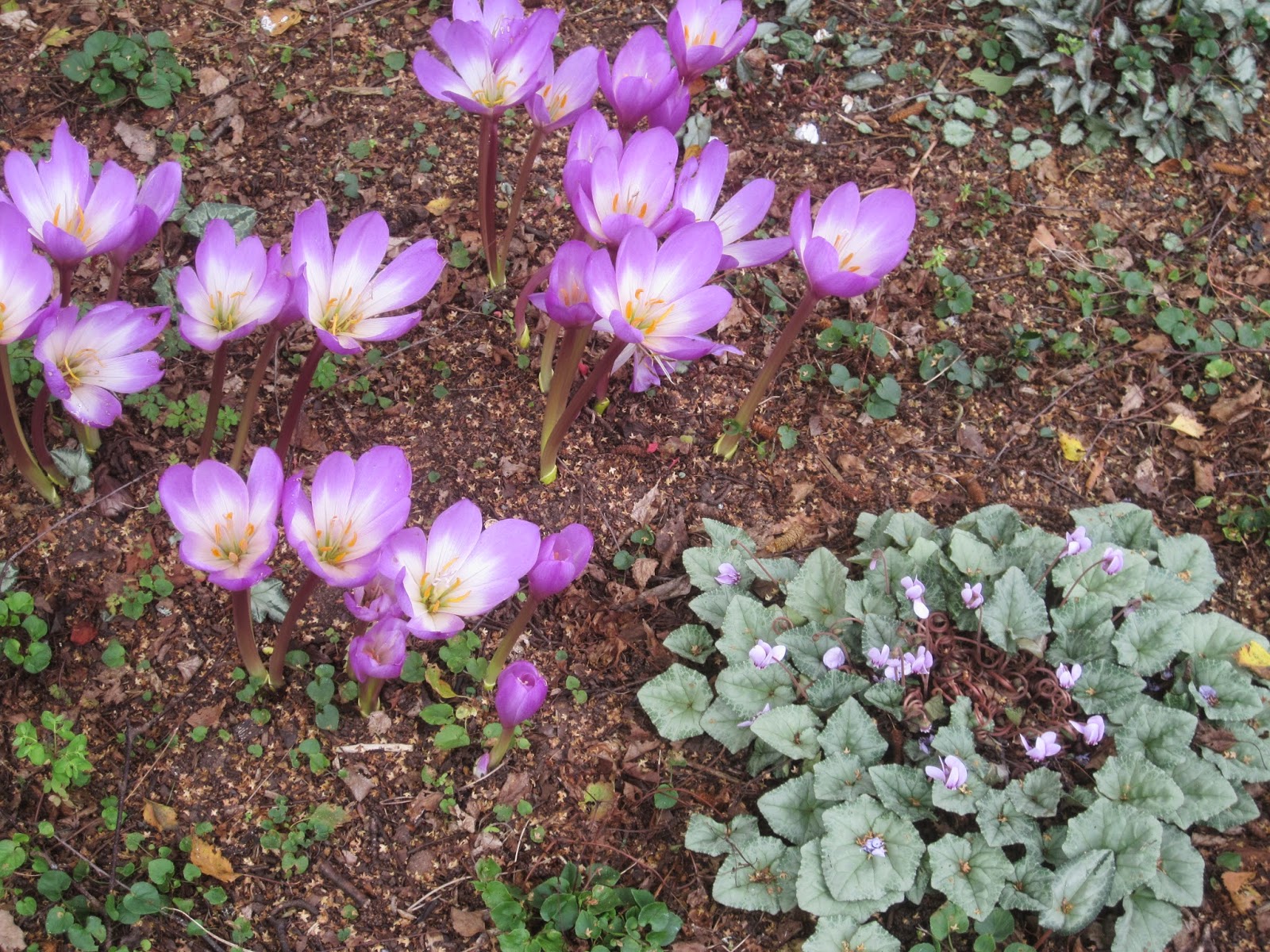 There were masses of these Colchium alongside tiny cyclamen.Colchium are strange.They have leaves in the Spring,they die and then the flowers come along. 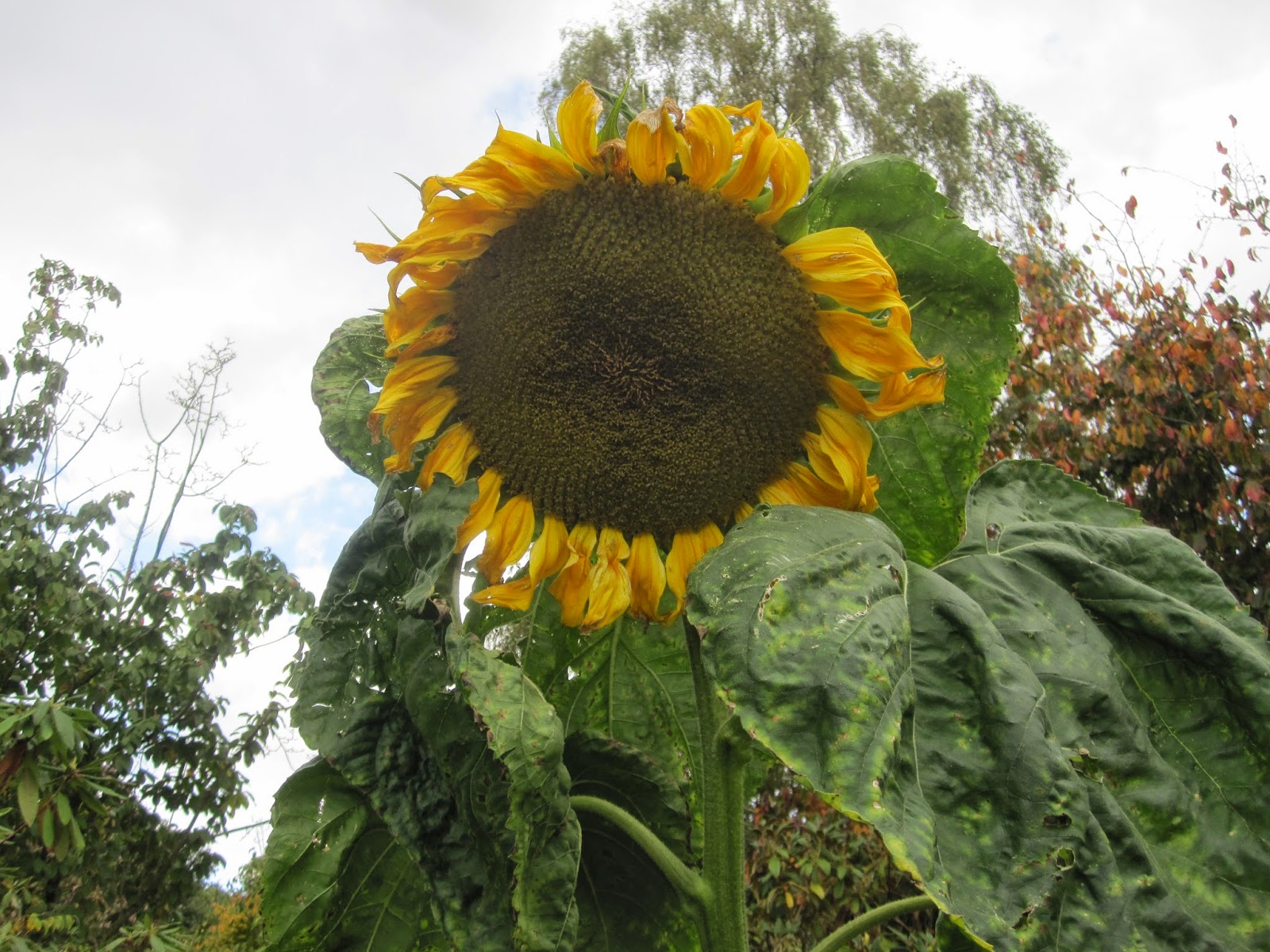 Look at this sunflower!10 foot high. 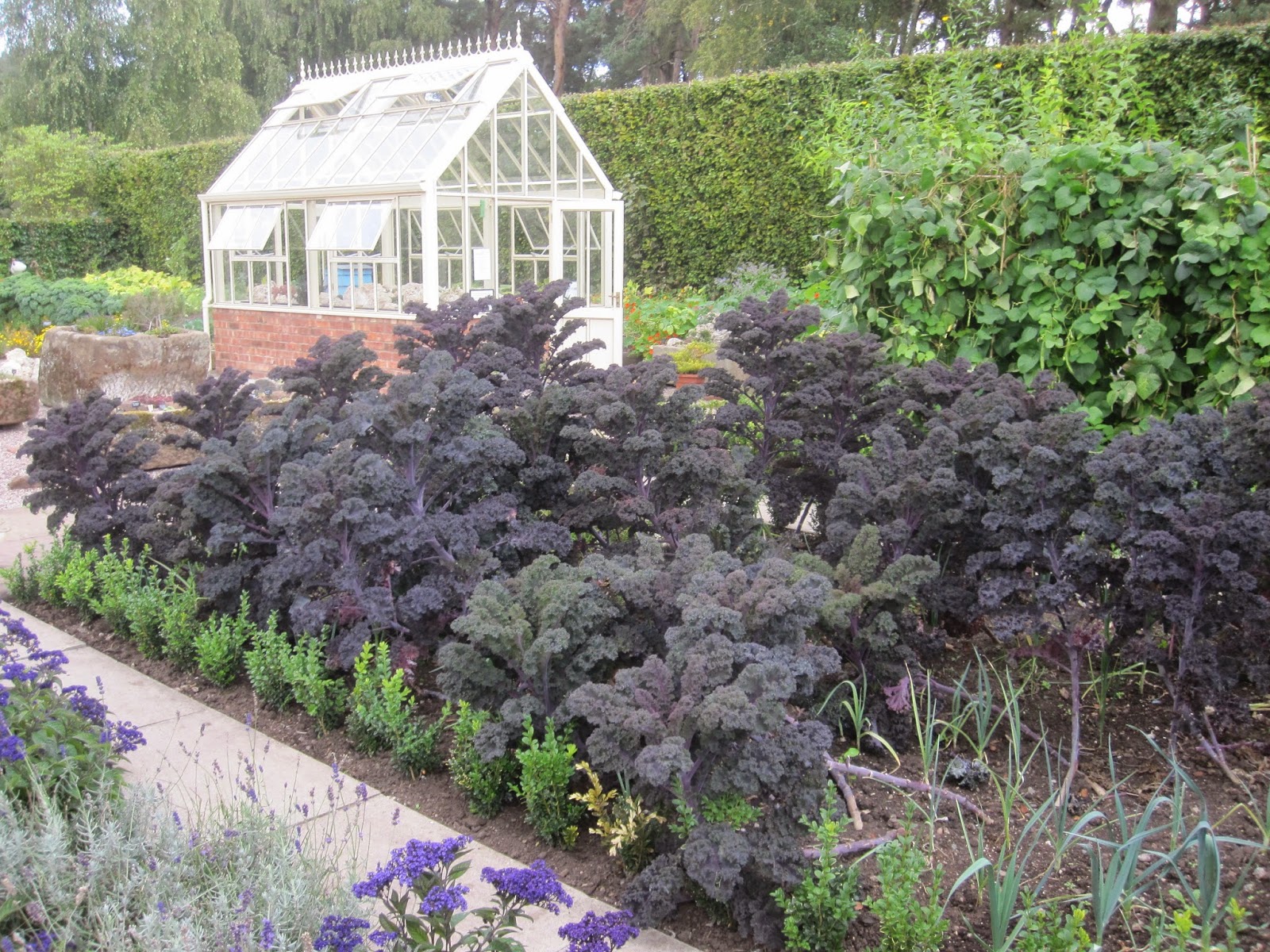 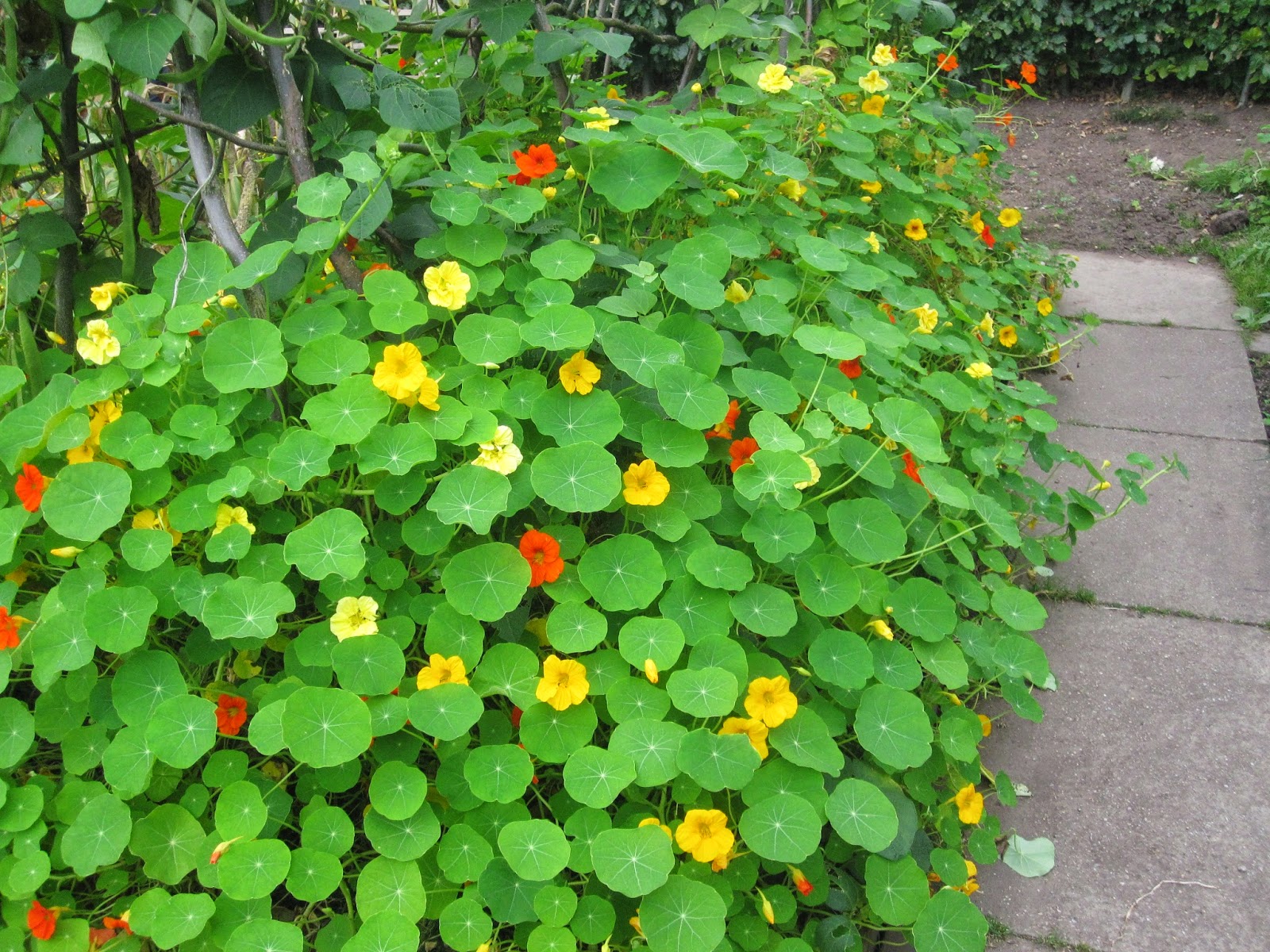 Why can I not grow nasturtiums like this?I have tried numerous times and always fail.
We had a lovely afternoon walk.It is a wonderful garden to visit.So tranquil.We just sat and admired the view(the photo that disappeared) and enjoyed the peace.All we could hear were the birds singing.Lovely.
Posted by busybusybeejay at 09:03 6 comments: 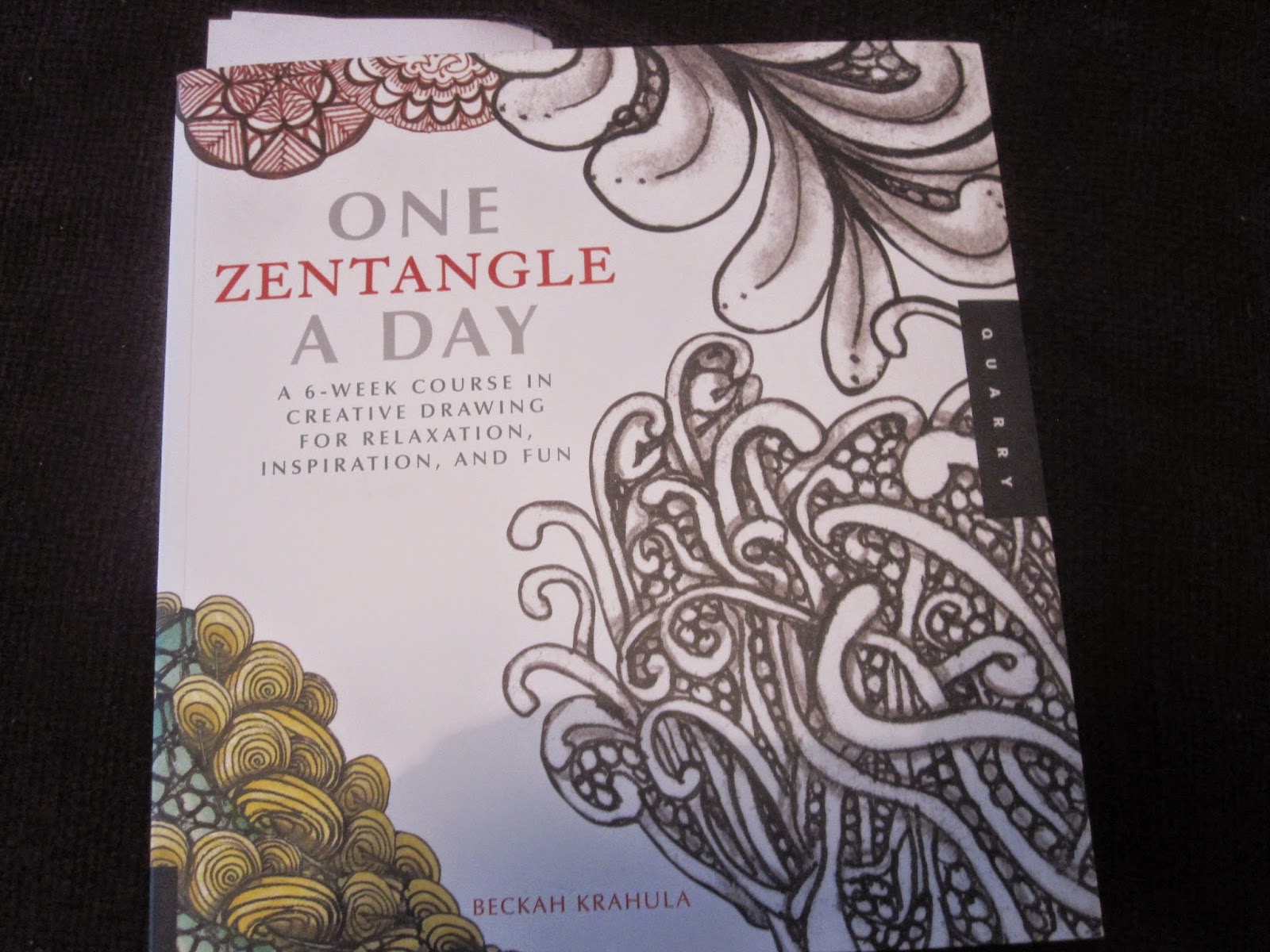 Zentangling is something I have recently discovered,The idea is that it is a form of relaxation and a kind of meditation.You are so involved in doing the patterns you don't think about anything else.I bought this book"One Zentangle a Day".It is a 6 week course in creative drawing for relaxation,inspiration and fun. 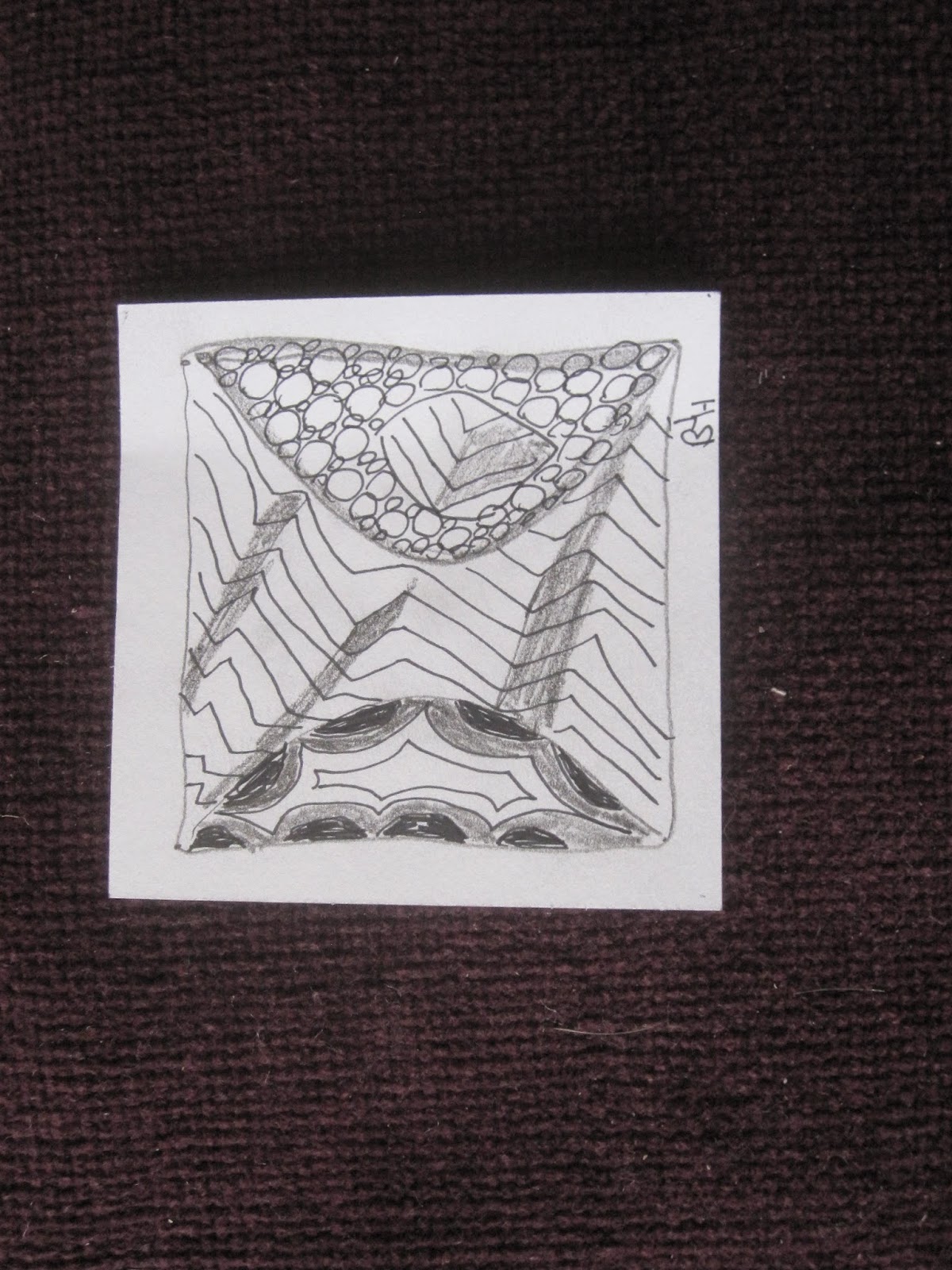 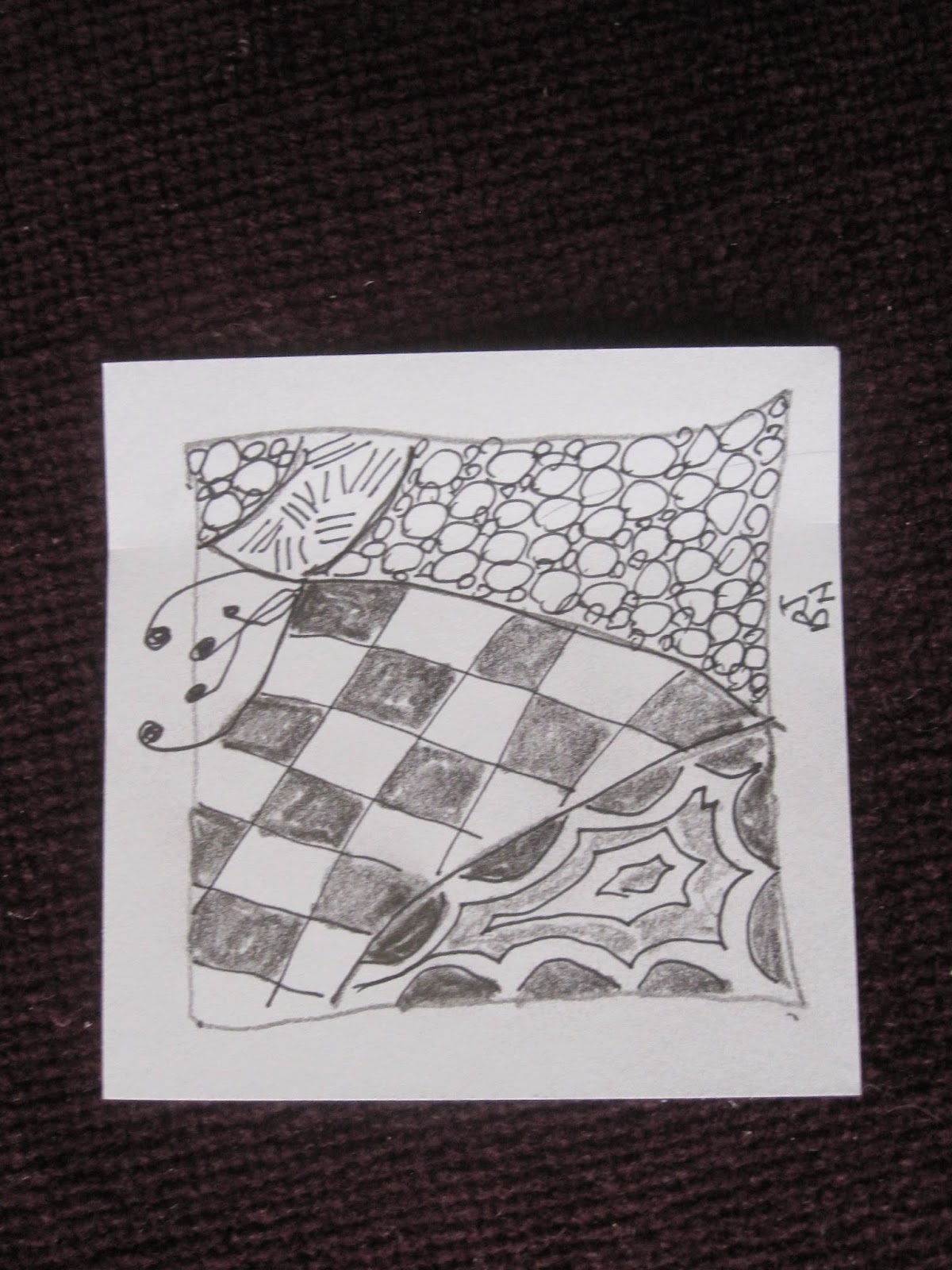 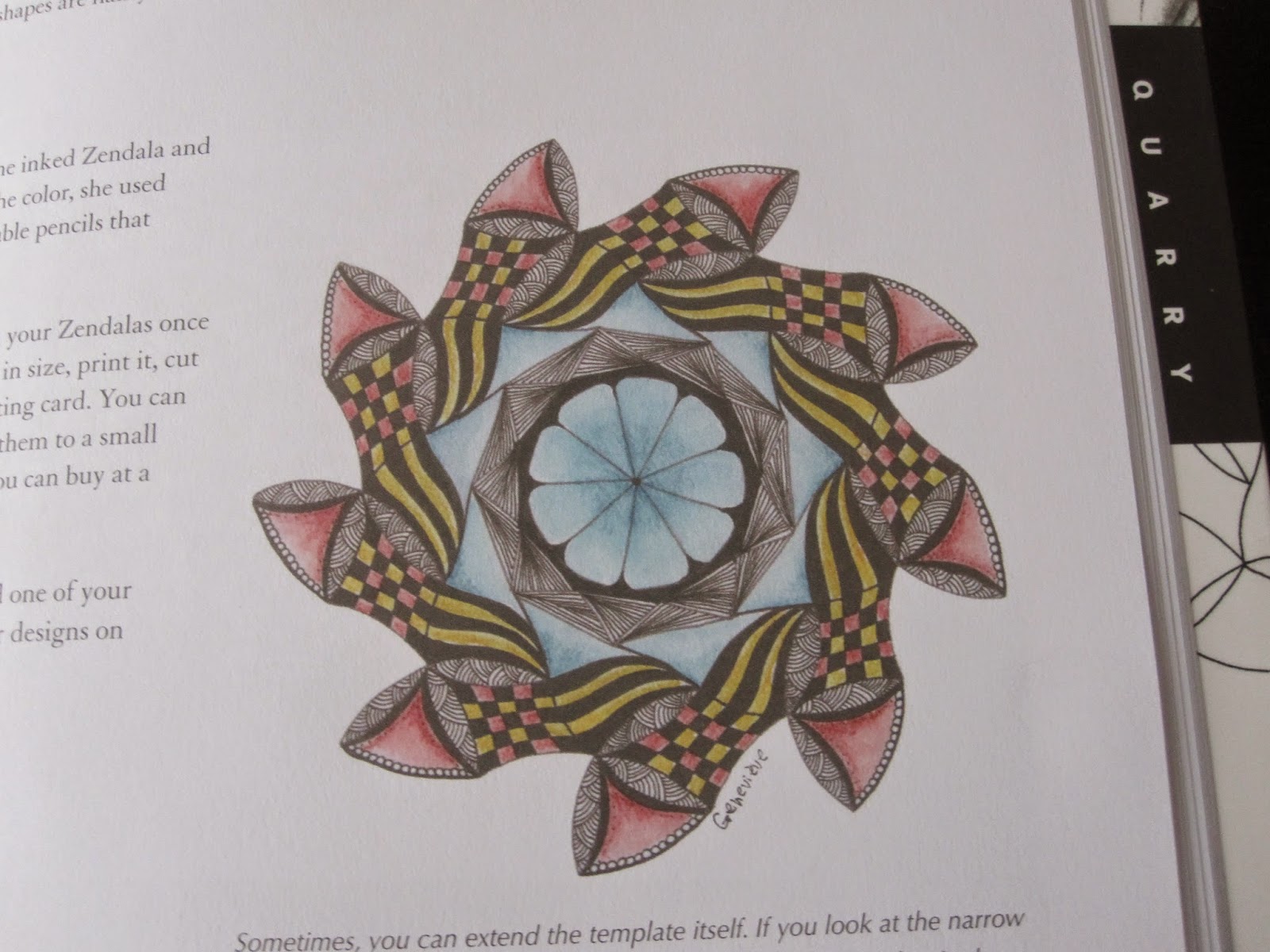 you end up being able to do patterns like the one above.
Unfortunately I never seem to find time to do it every day.I am not artistic at all so this appealed to me.I have thoroughly enjoyed what I have done so far and intend as Autumn arrives to fit it into my daily routine.
Has anyone else had a go at this?
Posted by busybusybeejay at 08:52 4 comments: 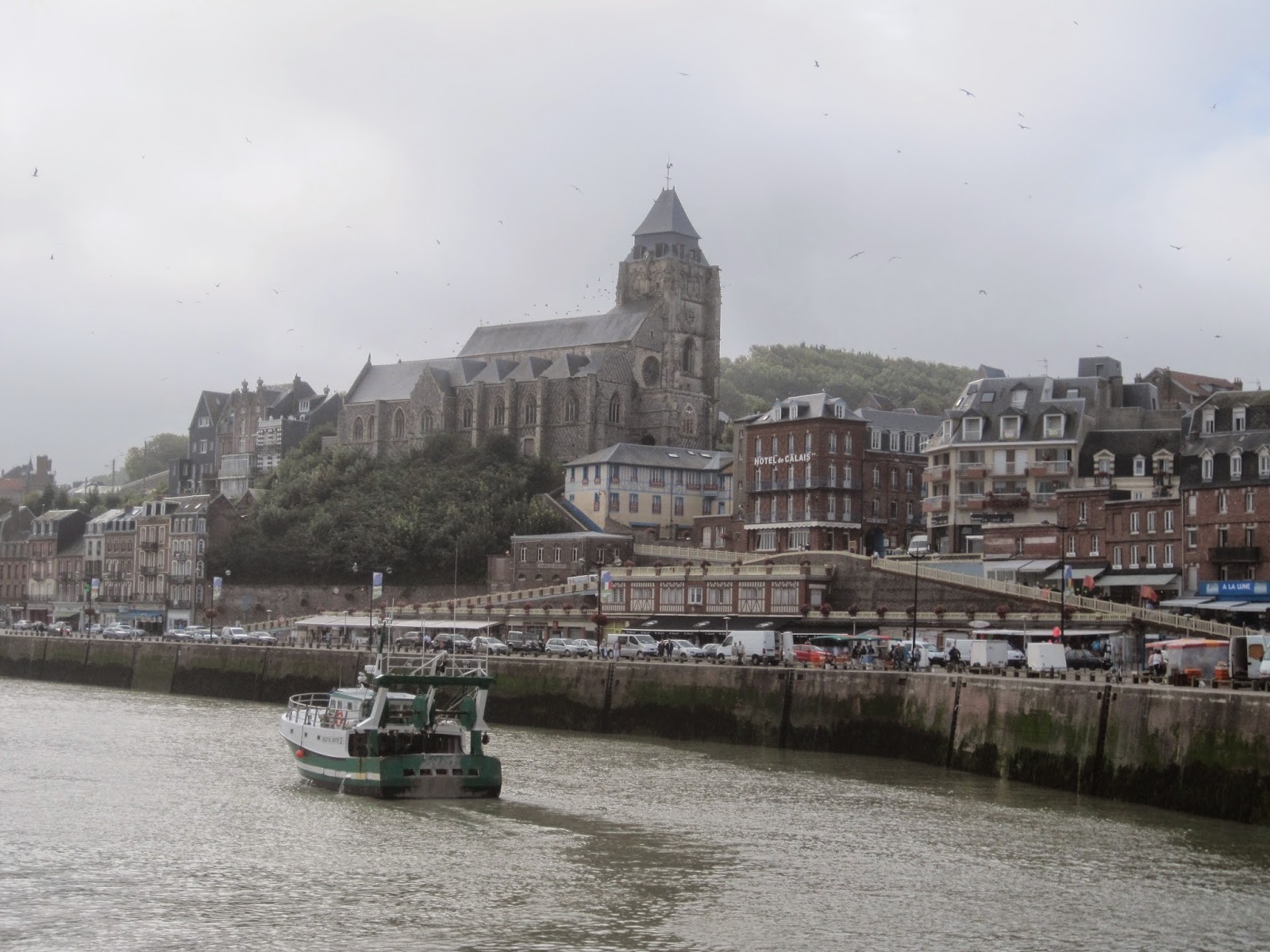 Early in June my OH started passing blood in his urine.We spent 6 hours in A&E,tests were ordered but from then on our lives were on hold.We were about to go to the Loire valley in France but had to cancel.Following the tests it was decided that he needed "mega urgent" surgery.This was scheduled for Sept 4th.The last week in August we were due to go to France again way down the west coast.We didn't think we could risk that ,going so far.so we opted instead for a week in Normandy on the north coast.
Wehad a gite just outside Dieppe(pictured above). 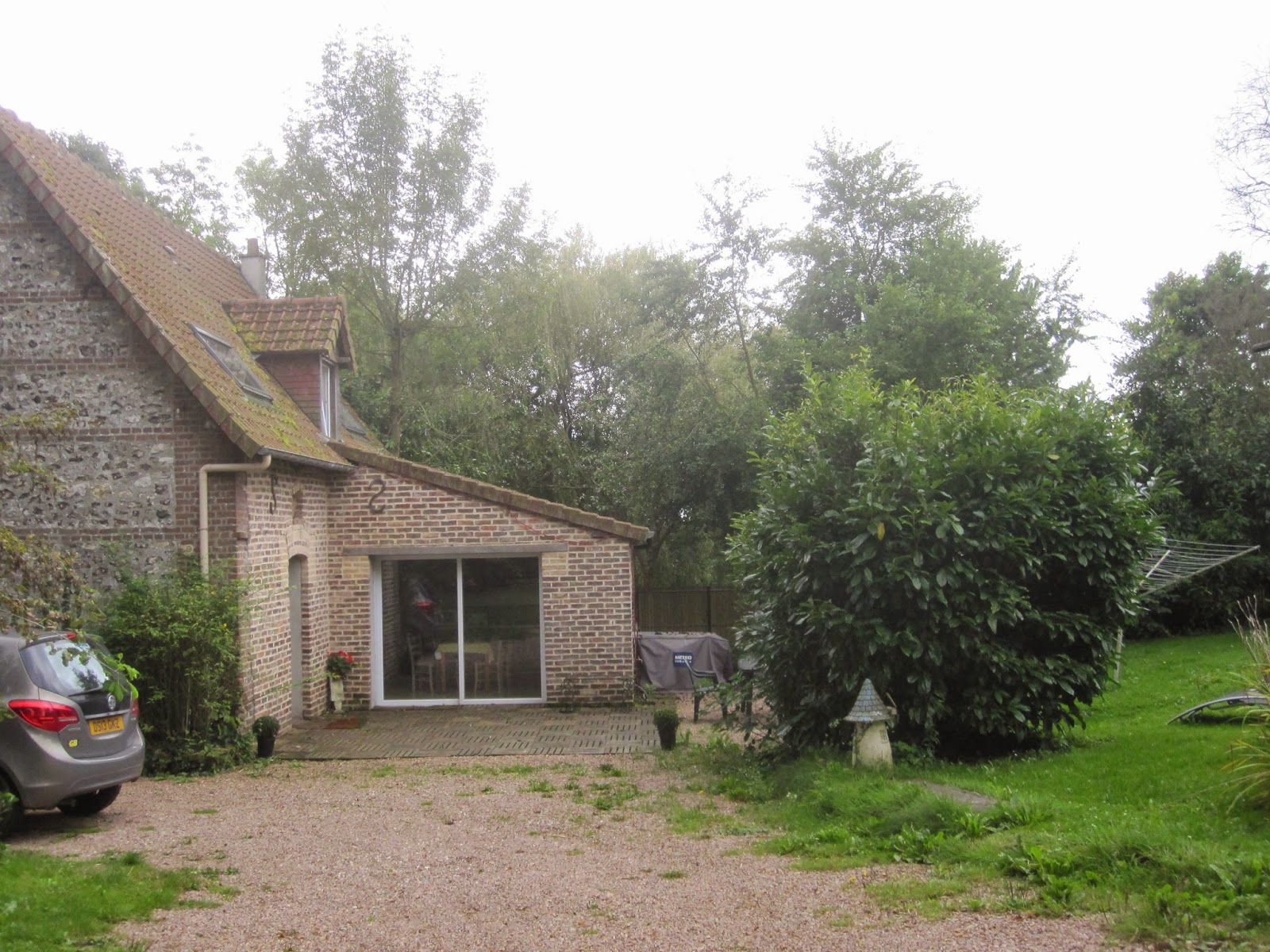 This is our cottage.It was very comfortable but we didn't have very good weather but we ate out every day.The food in France is sooooooooooo good and very reasonable. 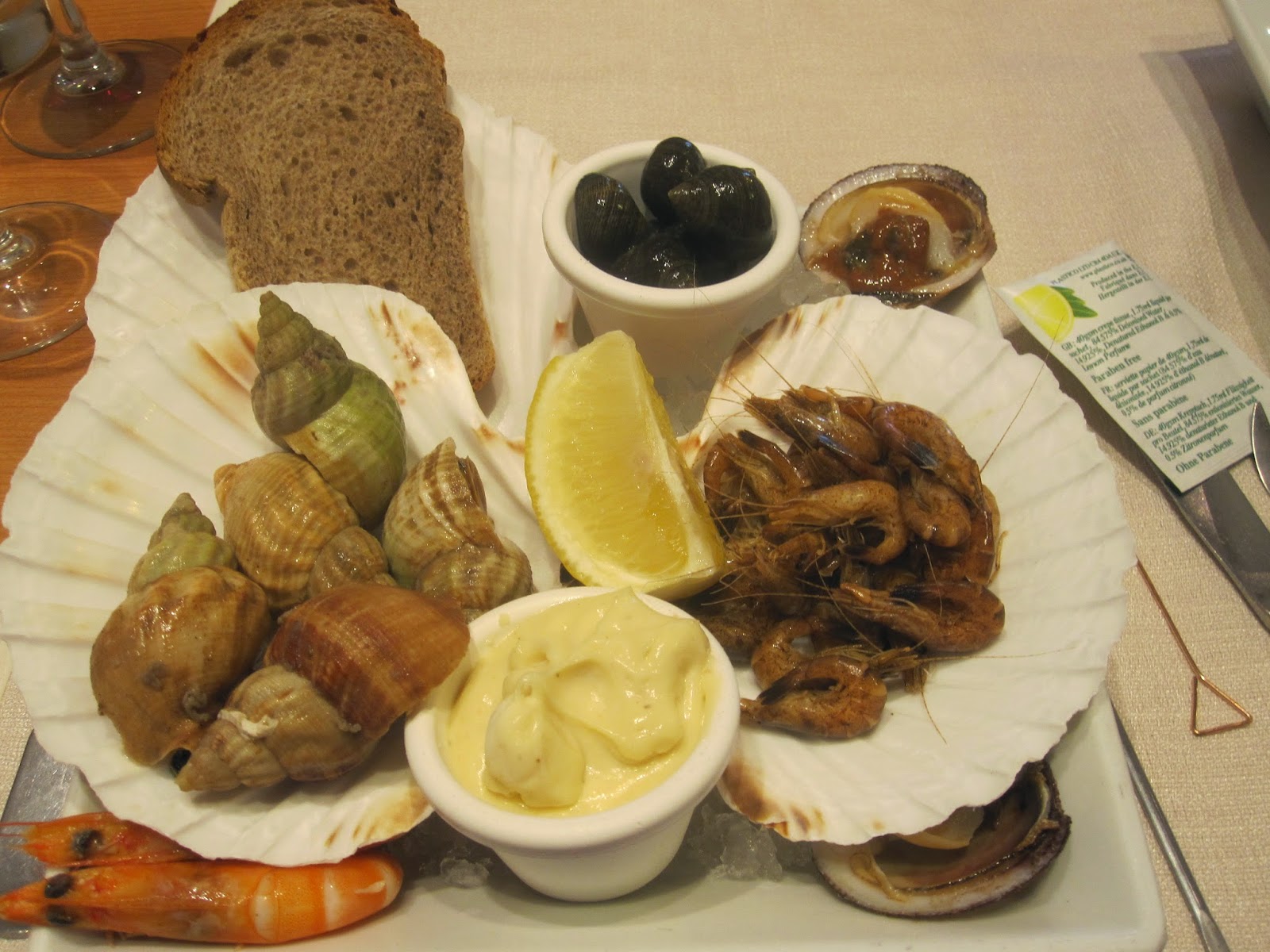 This a starter,just my first course!I mainly ate seafood and loads of fish. 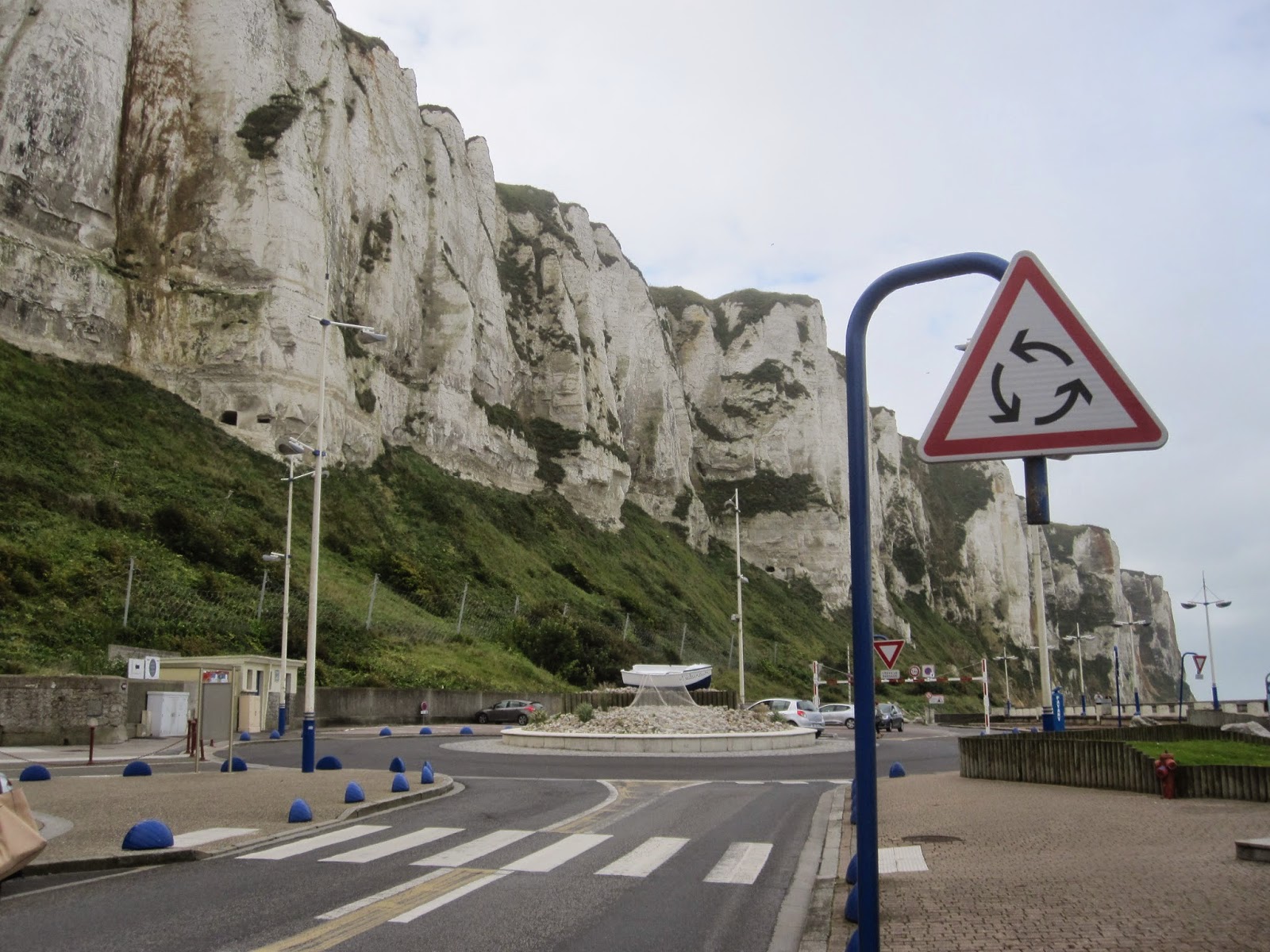 This is typical of the scenery around Dieppe.Tall cliffs. 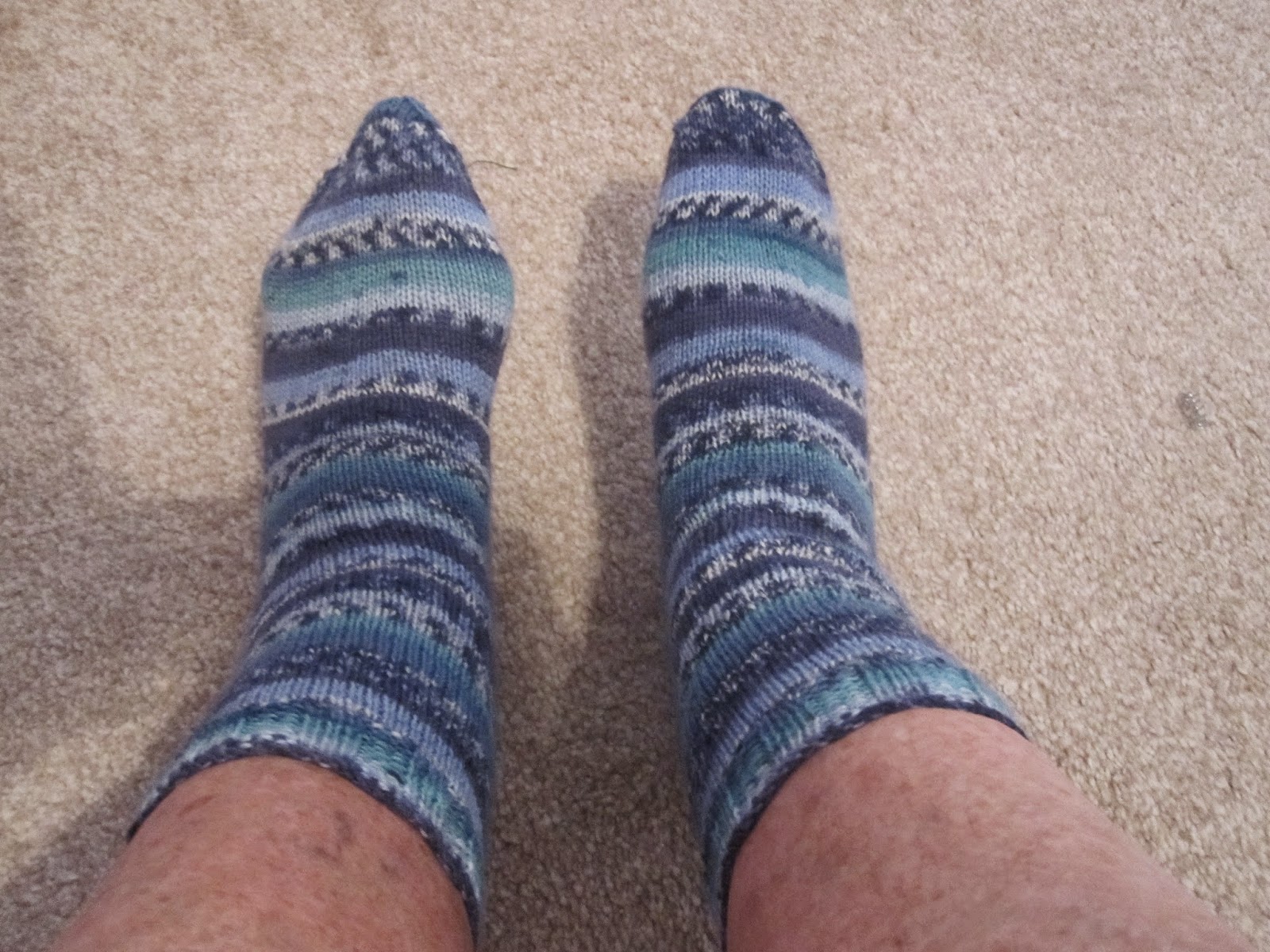 Of course I always take some craft with me.I made these socks knitting in the car or listening to podcasts in the evening. 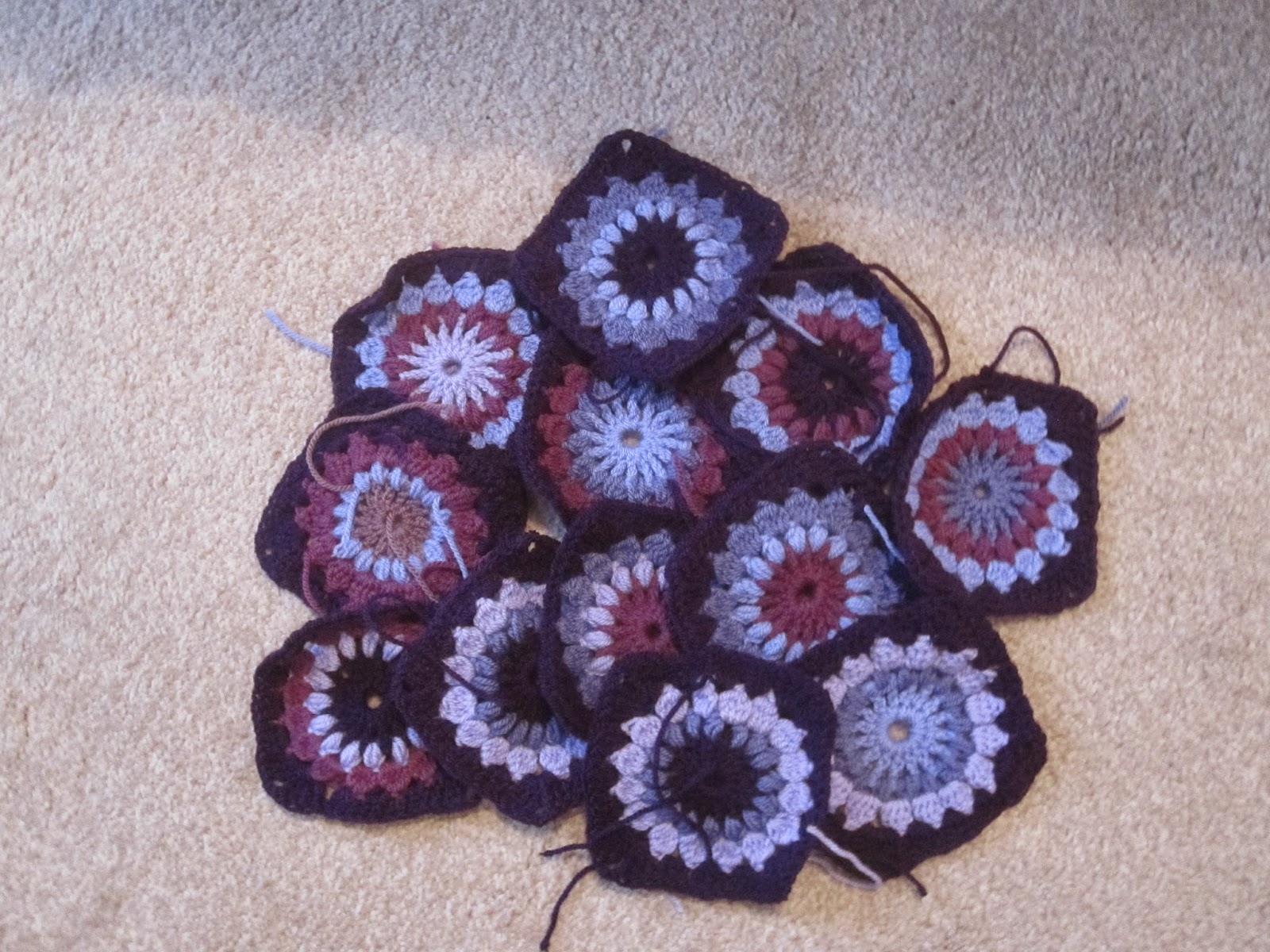 I also crocheted lots of squares for my latest blanket.

Update on my husband.It turned out they thought he had bladder cancer but thank goodness they were wrong.it was prostate problems again.He had his op last Thursday and came home yesterday.He feels really well and let's hope that is all behind us.We should have been going to Spain on the 19th Sept but he can't fly for 6 weeks so another holiday cancelled.
This is the first time I have blogged in three months but I intend to blog more.A lots of people I follow seem to be tailing off with their blogging too.I wonder why?
Posted by busybusybeejay at 12:00 6 comments: