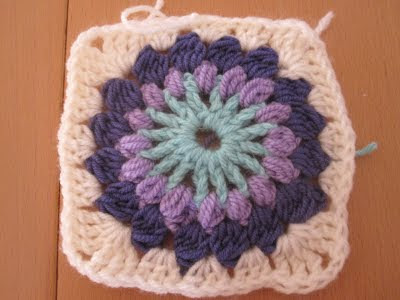 This is one of the projects I took to France.It is a pattern from Jane Brocket's The Gentle Art of Knitting.It takes about 20 minutes to do a square.The plan is to use up all my odd bits of wool from blanket clubs etc.(I just can't throw it away). 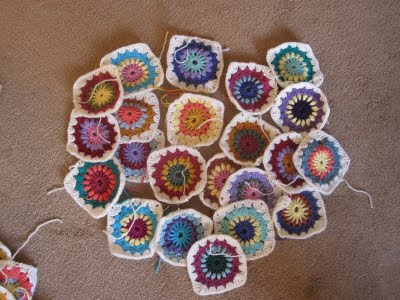 This just a few of them.Each one is exciting.You are never quite sure how they will look until you put the border on. 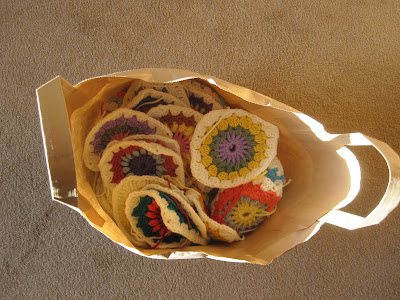 I have done quite few-over a 100!can you imagine how long it is going to take me to sew them all together. 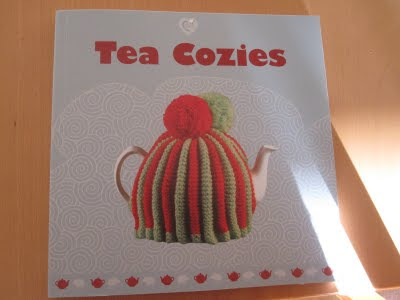 This is my next project-making wacky tea cosies for everyone for xmas.


I also took a 2ply shawl to France which I finished but havn't blocked yet.Photo later.I knitted one sock between La Rochelle in france and home.

I have had a pretty awful week.When my children were growing up they were very close to my brother's four children.our son and his family are coming up here in the summer and I thought it would be a good idea to get everyone together.They all have children now so it would be a big gathering.Both my two were very keen but it has been met with little enthusiasm by P's lot.I intended us to meet half way but my niece wanted it to be a picnic in a park by her,(her sons would only come if the local football team were playing away),another niece couldn't come but has sent me some pretty awful e mails suggesting I re read her messages etc and generally not a nice tone to them.One nephew has not even answered my e mails.The other one is the only one that was "quite " keen.So ,I have decided not to bother.What i thought was a good idea has severely backfired on me and left a nasty taste in my mouth.Families!
Then to cap off an awful week my SIL had a word with that he thinks our daughter is depressed.it seems she was in tears last night saying she couldn't cope etc ,etc.We have seen her this afternoon and although she wasn't her usual bubbly self she didn't seem too bad.He says she is putting on a brave face for us.I really don't know what to do for the best.Suggesting she goes to the doctors might make things even worse.
Sorry to have gone on .
Posted by busybusybeejay at 11:49