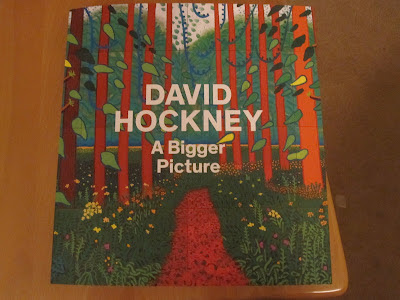 Yesterday we went to see the Bigger Picture.This is the exhibition of works by David Hockney at the Royal Academy in London.It celebrates the artist's depiction of landscape particularly of the Yorkshire Wolds.Most of the works were done between 2004 and 2011.Many are being shown for the first time.The exhibition is breathtaking and truly amazing.Photography was not allowed so I have had to photograph from the catalogue(£29-ouch-but worth every penny!). 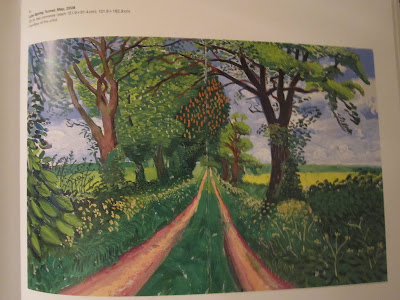 This is a work called Late Spring Tunnel ,May 2006,done on oils on two canvases. 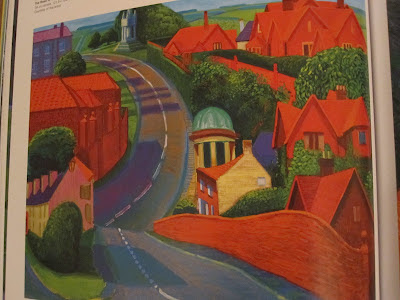 An earlier work done in 1997 called The Road to York through Sledmere.Oil on canvas. 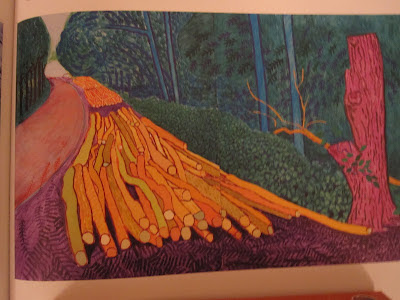 This is from a group of paintings called Trees and Totems entitled More Felled Trees on Woldgate(2008).Again oil on canvas. 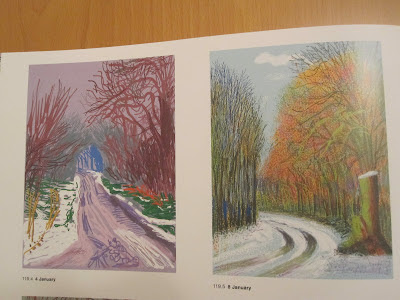 There was a whole room of pictures which he had done on his i pad and then printed.These are 4th January and 8th January 2011.Each was 67cm x 50cm.52 pictures in all.Absolutely staggering.
There was also film work by Hockney,sketch books etc.Truly amazing.Try and visit if you can.Its on until April 9th.
We combined this art visit with a trip to Cambridge(we went into London by train from Cambridge).Most of the weekend was dominated by rugby-Six nations on Saturday and rugby training Sunday morning for our 2 grandsons- but we did manage a visit to Anglesey Abbey(NT) winter garden.I have shown photos of this before but thought I would in clude this one of me and my granddaughter Ella with the gorgeous silver birches in the background. 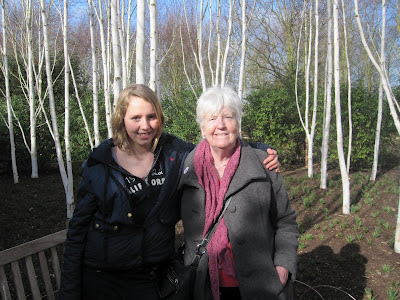 When we were there last Prince Charles was visiting.This time we popped into the Lode Mill as it was working and Ella spotted this photo and in the background at the right hand side is my husband taking a photo!(Why he was taking a photo of the back of C I have no idea!) 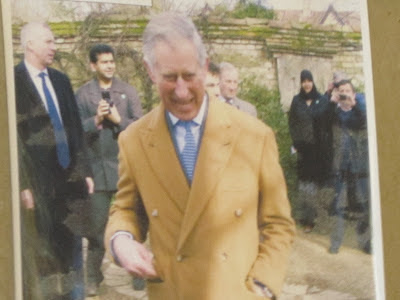 Finally,I have to show you a photo of Ozzy the latest addition to the Cambridge household. 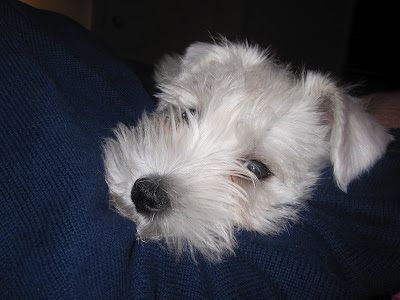