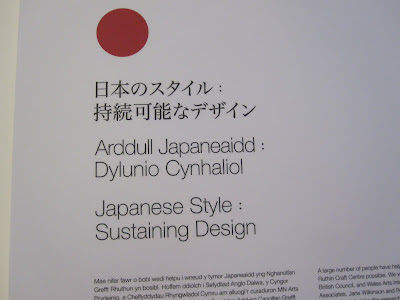 We had a short trip to Ruthin Craft Centre this afternoon which is featuring the above exhibition.While this was in preparation the tsunami and earthquake took place.There was doubt that it would actually happen but all the Japanese participants wanted to go ahead.There are various displays but I am just showing you two. 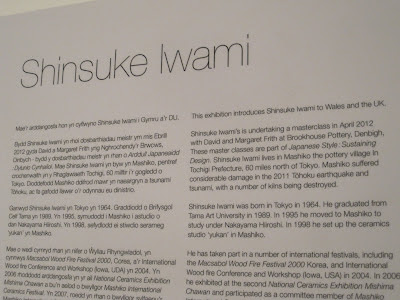 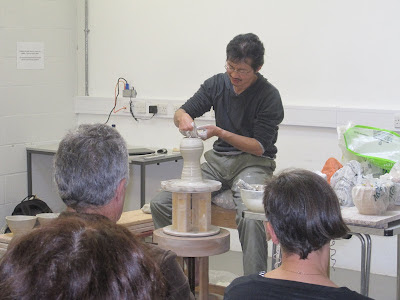 Shinksuke Iwami was giving a demonstration.He was born in 1964 in Tokyo.In 1995 he moved to Mashiko which is a pottery village 60 miles north of Tokyo.It suffered considerable damage in the earthquake and tsunami and a number of kilns were destroyed. 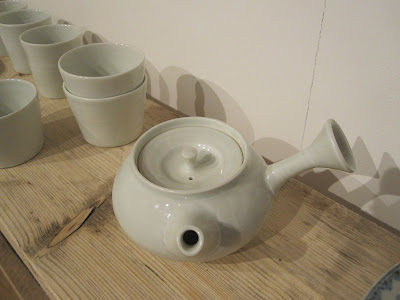 One of the things he demonstrated was how he made teapots like the one above.He also made tea bowls which were used in the home and others that were used in tea ceremonies.He obviously doesn't speak English(or Welsh!!!) and had an interpreter who had to ask for help with words like "spout". 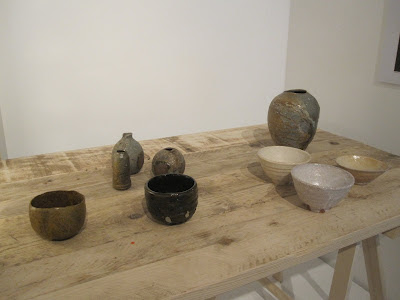 Some more examples of his finished work which was on sale.A small bowl was £21. 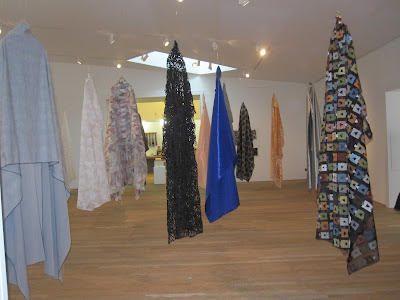 In the main exhibition area there was an amazing display of textiles.So innovative.Reiki Sudo is the creative director of Nuno textiles .She gave a talk a couple of weeks ago and I missed it.Such a shame.There were examples of all the textiles around the room which you could handle and an explanation of the process and materials used. 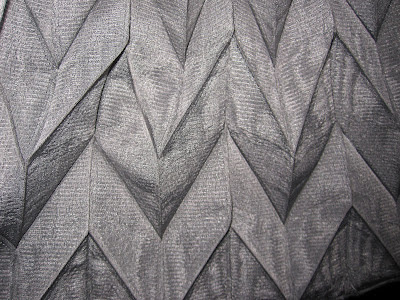 This is a close up of one of the fabrics.They used origami to work out how to produce and weave this material.
Other things on show were the Hale Collection of Tohukuu Ceramics.Renowned in Japan it has never been exhibited as a collection in the UK before and architectural models.
Posted by busybusybeejay at 07:58