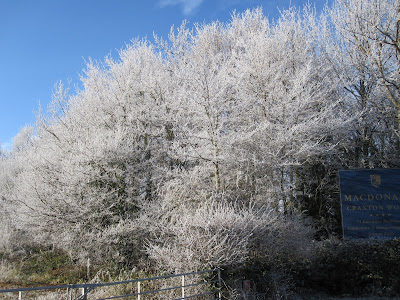 I havn't seen hoar frost like this for ages.This what I what I was talking about yesterday but I hadn't got the camera with me.Today we were off to Chester/Wirral again.Yesterday we were looking after Ruby while Sarah had tests for Addison's Disease at the hospital.We expected to look after Ru for an hour but it turned into three as they were running late,someone had a heart attack on the unit and the tests just took longer.What do you do with a three year old for three hours when it is minus 5!We went to a garden centre where we knew they would have toys out plus a cafe.We then went to a supermarket cafe for lunch.She is so good but never stops talking.We couldn't get a word in edgeways..Her favourite word of the day was "actually".She wanted to know in the garden centre toy area where the bike was.The assistant said they hadn't put it out this year.She had remembered from last year!!She was three a few weeks ago.S's husband had his appointment yesterday at Christies to find out what they were going to do about his brain tumour.They kept him waiting for 90 minutes and then told him the panel hadn't had time to discuss his case!You can well imagine he was furious.Mike is totally laid back and very calm but he lost his rag and insisted on seeing the professor which he did.The prof had the 2 registrars in and tore a strip of them ,in front of Mike,for getting him there and then nothing to tell him.They have promised he will hear in the next 2 weeks.I think the worry and the not knowing is getting to all of us.The only consolation is that they mustn't think it is high priority but we just want to know.I try to put it to the back of my mind but it is difficult. 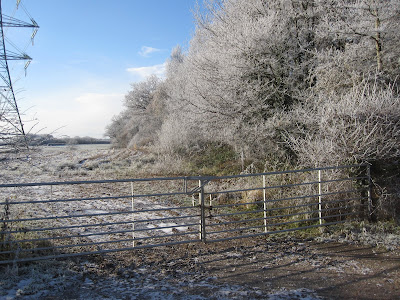 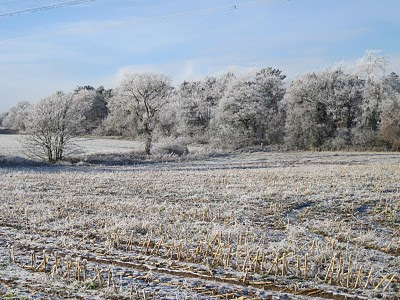