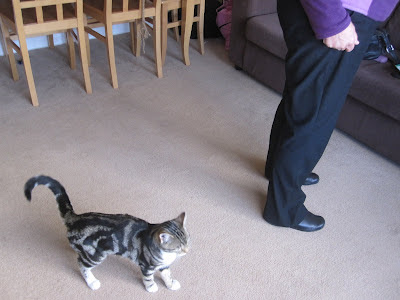 Barbara has a little cat
It's paws as white as snow
And everywhere that Barbara went
The cat was sure to go
I think ,he thinks I am his mum!C has been out walking this morning so I was in the house on my own.Ziggy has just followed me everywhere.Every time I sat down he was on my knee.Every time I moved rooms he was there with me.He is like this all the time.We kept him inside until he was neutered and microchipped but now he won't go out!! 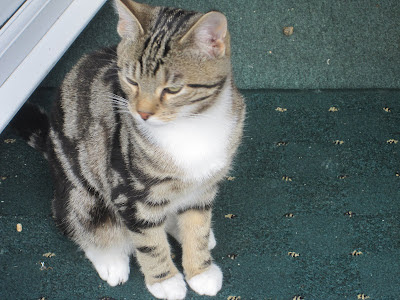 He sits on the mat and looks out but unless we actually put him out he doesn't move.If we put him out he cries to come back in.He still uses his litter tray and doesn't seem to know he can have a wee outside!He is absolutely gorgeous but is getting to be a bit of a pain.Any suggestions?
Posted by busybusybeejay at 08:09