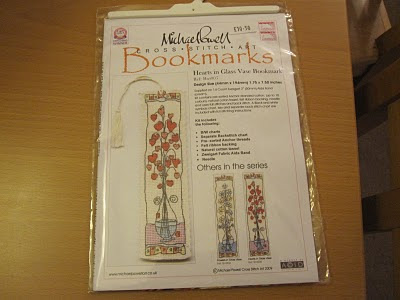 Thank goodness we decided not to go to Harrogate today.The other night I decided to check the hotel we were staying in( I am sure I had done it before).The recent reviews were awful!Syringes found in rooms,a bra in a bed,never anyone on Reception,doors not locked and people thought it was quite scary.C said we were not staying there.The only problem was I had gone past the cancellation time so I wasted £65.That decision having been made it meant we could go any day so a snap decision was made to go yesterday.It took us less than two hours to get there.I spent three hours in the show and spent a fortune.One thing I bought was the bookmark above.I thought I would do it for Sarah for Xmas,it having hearts on it.Michael Powell was actually selling his own stuff so it was good to meet him.Coming back took us longer because we had to get round Leeds and Manchester in the rush hour. 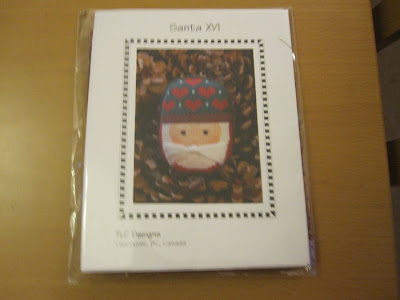 This is for the Xmas tree from a Canadian company 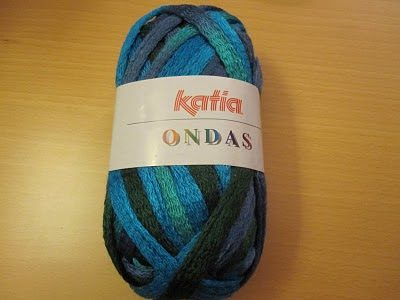 A new yarn to me.It makes fabulous scarves and comes in fabulous colours. 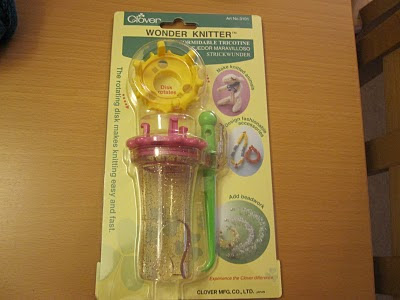 This was something I spotted.You can make lots of things with it.It's French knitting on a larger scale.I did buy other things but don't want to bore you.


Thank goodness we did go to Harrogate yesterday!It is snowing here and sticking!We live on a hill and any ice and snow we struggle.As it is we are sat here,hot chocolate in hand,watching the tennis,knitting on the go and feeling warm and toasty.
Sarah,Claire and Allison-I met Kerrie's( Hipknits) mum.I was so tempted to say all sorts of things!!
Posted by busybusybeejay at 08:08